What Does Chingona Mean in Spanish? 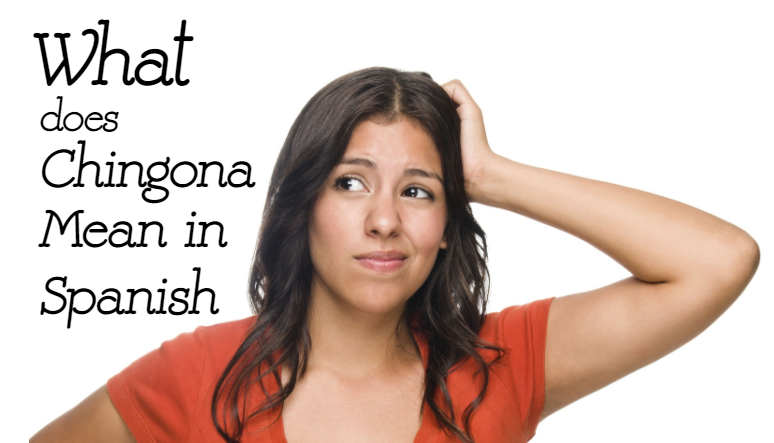 This phrase describes a feisty, overzealous female with the intention of being the pants-wearer in a relationship. Some westerners may perceive it that way, attaching it to the U.S. equivalent of a bitch. There is, however, a clear cut definition of what Chingona means in Spanish.

What is the Most Widely Accepted Chingona Definition?

Throughout the ages, this term has categorized, in a derogatory manner, women deemed too strong, lacking traditional feminine attributes or behaviors. Chingona, in America and Latin communities, referred to a woman exuding masculinity, not femininity. The masculine version, Chingon¸ describes a guy who knows what he is about, the alpha male, if you will. In a nutshell, the male version of the term compliments, while the female version hints on something less attractive, perhaps even taboo.

Is Chingona a Bad Word You Ask? Let’s Examine Its Usage

According to some Spanish lecturers and experts in code-switching, the word Chingona is outright vulgar. Some equate it to using swear phrases or something worse . It is important to understand this because contexts and interpretations are important when using such words in public settings. While at a bar, ladies may take it lightly, while sipping heavily. On the other hand, promoting Mexican products for Hispanic people will not be received very well. A pizza joint once applied the word in a pizza promotion campaign, and the backlash was staggering.

To put this term into perspective, those finding it derogatory equate it to similar phrases, like bitch, in English. If used under certain circumstances, ladies may enjoy it, even calling each other bitches as a form of bonding. It is clear that certain women may find it offensive, especially if it were to come from a man. Simply put, boyfriends don’t like having Chingonas as girlfriends, nor do-dads embrace the idea of having a bitch for a daughter. On the other hand, a lady who feels she has nothing to lose and everything to gain calls herself a bitch for all the right reasons.

Let’s delve into this a tad more. Using a historically vulgar phrase to signify emancipation, total defiance, and an F- everything attitude is nothing new today. Marginalized communities take racial slurs and embraced them regularly. Calling a black man darkie, eggplant, or other racial epithets may not go well if you are Caucasian. Additionally, calling a Latina a Chingona will cause some undesirable confrontations unless you are pals, or at the very least, a female.

Surprisingly, and unlike other derogatory racial and misogynistic epithets, Chingona has been applied as a branding logo on bags for any female who needs to express their die-hard. The word is interpreted as vulgar by those who have a chip on their shoulder, or someone with a need to conform to every societal expectation. For those who want to make their presence felt, as women, the word describes a coming out if you will. Any man can find a term to use to describe their machismo. On that note, few words ever described a lady in her true essence or element. These words historically hinted at her beauty, grace, subtle and subdued mannerisms, which summed up her femininity.

When you find a word that defines how you feel, what you stand for, and, more importantly, your attitude, you have to own it. That is precisely what Melina Duarte did. She took it and branded it, making tote bags and t-shirts to boot. It is now a trademark, and business owners have invited her to mass-produce and sell at their stores. If this is what using derogatory terms gets you, sign us up! With plenty of mass appeals, it wouldn’t be the first time, nor the last, that vulgar terms were used to highlight oppression, and were later applied as liberating slogans. Only in this case, people have turned it from a grim and nasty term to a phrase signifying freedom.

Conclusion: So what do We Say to Chingonas?

If a lady wants to call herself a bitch, by all means, let her. Worse names have been used to define generations of people, young and old, male and female. This phrase is homegrown, emanating from the Hispanic community, by Hispanics, and now a product for Hispanics. Nothing will stop reclaiming of this phrase, seeing as the same people who created it seek to change its meaning. It may be a bad word for some, but one woman’s pleasure will always make another lass cringe. You have to own it if you want it, which is precisely what these Chingonas are doing.